Without the Banya We Would Perish: A History of the Russian Bathhouse

In the parilka, the wooden steam room at the heart of every Russian banya, a stove heats a pile of stones. When the stones are red-hot, water is thrown onto them, raising billows of light steam. Reclining or standing on wooden benches, bathers sweat and whip themselves with veniki, switches of leafy twigs. When they are hot enough (or too hot), the bathers leave the parilka to cool off by plunging into rivers, ponds, barrels, or marble-tiled pools, pouring tubs of icy water over their heads, or rolling naked in the snow.

In grand urban buildings, village huts, and prison barracks; on trains, ships, and submarines; wherever Russian communities exist, the steam in the parilka has been endlessly refreshed. Over centuries, diverse cultural meanings have taken shape in this insubstantial vapor. As Ethan Pollock writes in Without the Banya We Would Perish, the banya “persisted in Russia despite radical changes in ideas about what constitutes bodily cleanliness and despite remarkable social ruptures.” With its connection to fire and ice, the banya seems to transcend history. Yet it has a history of its own, which gives “an access point to every stage of Russia’s history.”

Muscovite tsarinas gave birth in the parilka. The Romanov tsars, who came to power in the early seventeenth century, saw steam baths as a lucrative source of tax. When the westernizing tsar Peter the Great uprooted Russia’s ancient customs at the beginning of the eighteenth century, shaving off the beards of his noblemen and dressing them like Europeans, he left the banya untouched, though nothing like it existed in the West at the time. Catherine the Great built a stone banya on her estate at Tsarskoe Selo in 1779, and promoted the ancient Russian institution as vital to the health and power of her expanding empire.

In 1812, when Napoleon invaded Russia, a popular broadside showed him in a parilka with three Russian soldiers. “I’ve never withstood such torture in my life!,” he cries, as the soldiers toss water on the stove and beat him with a venik. “They are scraping and roasting me like in Hell.” “You were the one who entered the Russian banya,” one of the soldiers reminds Napoleon, a stereotypical weedy foreigner (see illustration on page 31). A century later, when luxurious bathhouses were among the pleasures of the modern city, Grand Duke Konstantin Romanov, cousin of Nicholas II, visited the banyas of St. Petersburg for paid sex with young banshchiki (male banya workers), confiding in his diary the torments of conscience he suffered over his “great sin.” Grigory Rasputin, who became the spiritual intimate of the tsar’s family, took aristocratic women with him to the banya, to “remind them,” in his peasant presence, “of their Russian bodies and souls.” 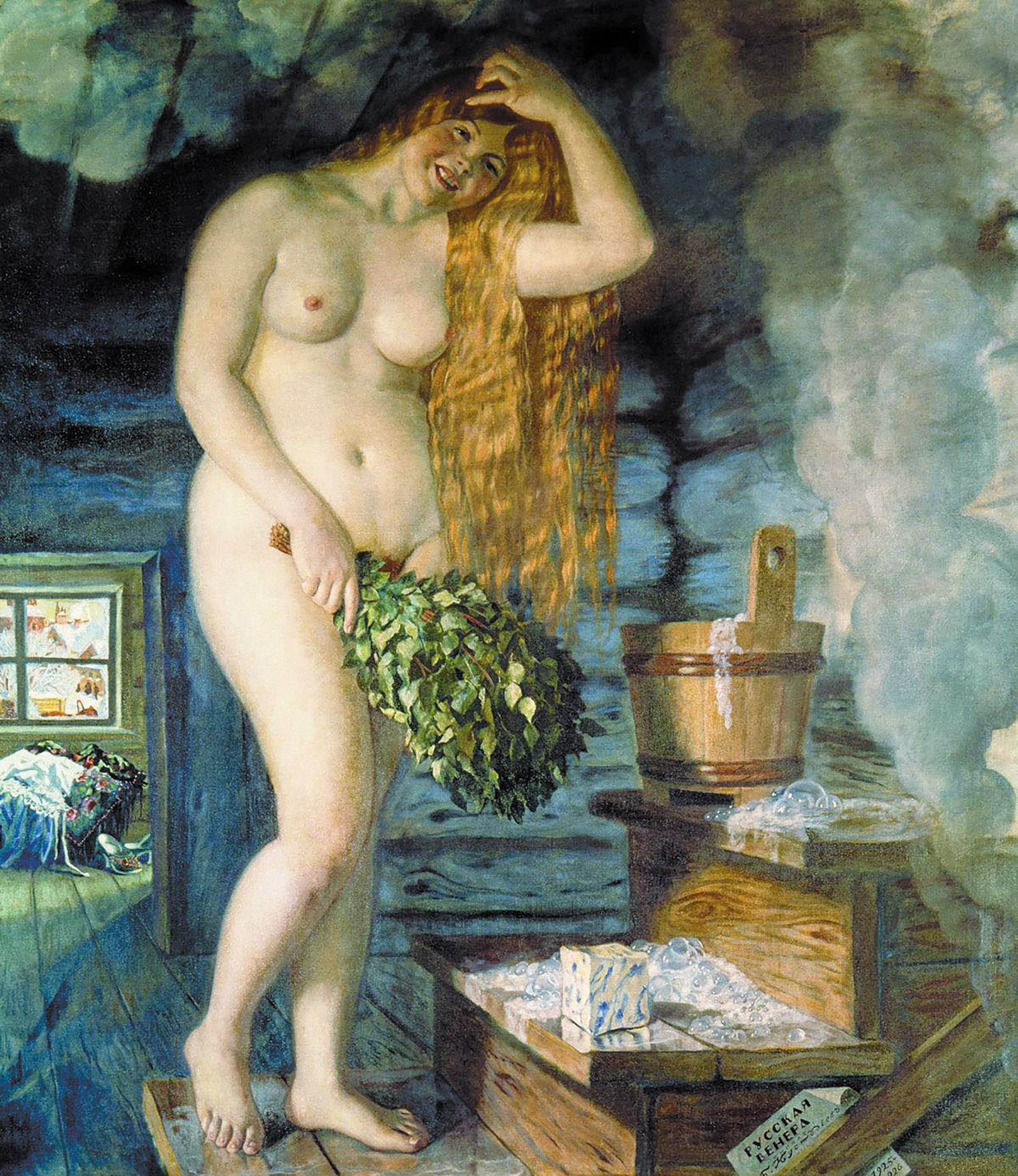